Apple today confirmed that Apple Pay Cash will be released as part of a future update to iOS 11 and watchOS 4. 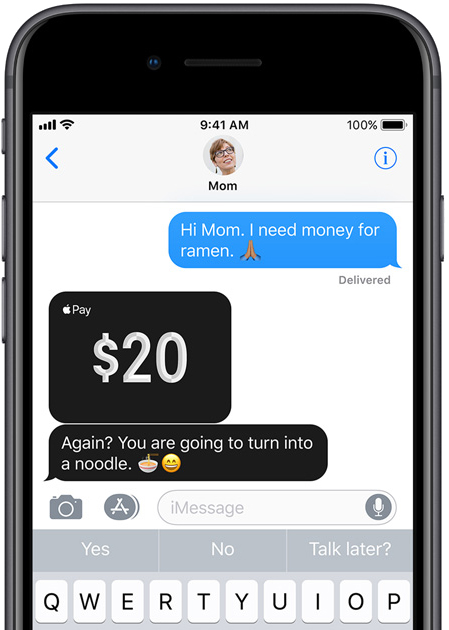 Coming this fall with an update to iOS 11 and watchOS 4, Apple Pay users will be able to send and receive money from friends and family quickly, easily and securely. Pay and get paid right in Messages, or tell Siri to pay someone, using the credit and debit cards they have in Wallet. When users get paid, they receive the money in their new Apple Pay Cash card in Apple Wallet and can use the money instantly.

Apple added a “Coming This Fall” label to Apple Pay Cash on its website recently, so it was already likely the new feature won’t be available on iOS 11 launch day tomorrow, and now we know for certain.

When the feature launches, users will launch the Messages app, tap on the App Store icon, select Apple Pay from the app drawer, set the dollar amount, tap pay, select a payment card, and securely authenticate with Touch ID or Face ID.

The payment card can be any debit or credit card linked to Apple Pay in the Wallet app, or the Apple Pay Cash card.

The recipient taps on the message to receive the funds, which are instantly added to the Apple Pay Cash card in the Wallet app. The card’s funds can be used to make purchases using Apple Pay, or withdrawn to a bank account.

Apple Pay Cash will be free to use with the Apple Pay Cash card and debit cards, but it will have an industry standard three percent fee for credit card transactions to cover processing costs, according to Recode.

Apple Pay Cash will only be available in the United States at launch. Apple has yet to share details about a wider rollout.