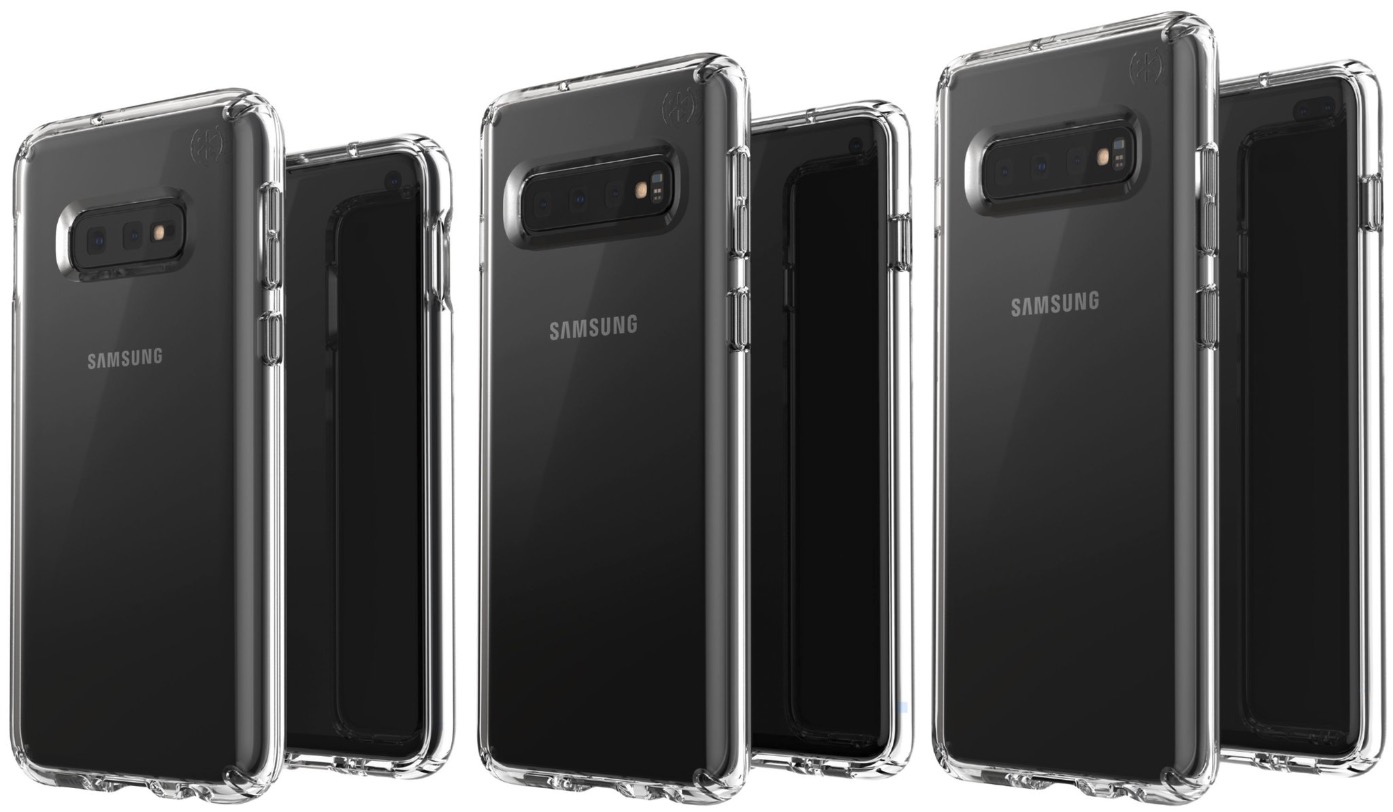 Leaked official image via @evleaks
The handsets shown in the image are encased in clear covers and understood to be (from left to right) the S10E, the S10, and the S10+. All of the phones adopt Samsung’s new edge-to-edge Infinity-O display, which features a small cutout at the upper right side of the device for the camera.

The S10 with 6.1-inch display is the mid-range device, while the S10E with 5.8-inch display is expected to be the most affordable model and appears in the image with two cameras on the rear where the other two phones have three. Meanwhile the premium S10+ with 6.4-inch display features two front-facing cameras housed within a longer pill-shaped hole punch.

Samsung is able to use a single camera cutout for the S10 because it has less technology than Apple’s latest iPhones, which use a notch design to house the TrueDepth camera system that enables Face ID.

However, as suggested in the image, all the devices in the S10 line-up are expected to use in-display fingerprint scanners for authentication instead of the rear-mounted scanners featured on earlier Galaxy models.

In other news, Samsung’s rumored 5G variant of its upcoming flagship, the tentatively named “Galaxy S10 X”, has reportedly appeared in a recent firmware development. According to Sam Mobile, the software build references only South Korean carriers, suggesting development for the U.S. and European markets has yet to reach a similar stage.

Samsung’s Unpacked Galaxy S10 launch event will take place on Wednesday, February 20 at 11:00 a.m. Pacific Time at the Bill Graham Civic Auditorium in San Francisco, California, where the company is also expected to demo a functioning version of its all-new foldable phone, dubbed the “Galaxy Fold”.